Who is Liable to Passengers Injured or Killed in a Bus Crash? 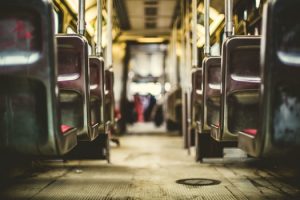 Bus accidents are often among the most tragic and involved personal injury matters largely due to the number of people who are often injured as a result.  Recently, the terrible crash involving the  Canadian Junior ice hockey team from Humbodlt, Saskatchewan resulted in the deaths of 15 people and a number of other injuries.  This crash made news across the globe due to the age of the victims and the number of deaths involved.

This past weekend, a bus accident occurred in New York on the Southern State Parkway on Long Island.  According to a report by the New York Daily News, a charter bus carrying Long Island teenagers coming home from a school Spring Break trip, crashed into an overpass on the highway.  Six of the passengers on the bus sustained serious injuries and another 37 sustained minor injuries.  According to the report, the height of the bus exceeded the height restriction for the Southern State Parkway.  The driver of the bus was apparently unaware of the height restriction.

When someone injured or killed in a bus accident, it is important for the victim and the victim’s family to understand their legal rights.  The attorneys at Queller, Fisher, Washor, Fuchs & Kool, LLP have extensive experience representing the victims of bus accidents, as well as the skills and expertise to conduct a thorough analysis of the legal issues in the case.

In the majority of bus accident cases, the most liable party would be the owner and operator of the bus.  Usually, the bus driver is an employee of the bus company, which would render the bus company liable pursuant to the legal doctrine of respondeat superior, which essentially means the a company is liable for the negligent actions of its agents and employees which are performed pursuant to their duties and responsibilities at the company.  For example, with regard to the Long Island bus crash mentioned above, the bus company would be liable to those injured due to the negligence of the bus driver in driving the bus onto the Southern State Parkway without knowing the height of the bus and the height restrictions on that highway.   Signs are posted prior to a vehicle entering the Southern State Parkway, which indicates the height restrictions.  Bus drivers would be charged with the duty to be aware of the height of the vehicle and what roadways are safe for the bus.  The failure of the driver, otherwise known as a “breach of his duty”, would be considered negligence under New York law and would result in a finding of liability to both him and the bus company.

The Canadian bus accident implicates additional legal analysis.  Since the bus accident occurred in Canada and involved Canadian vehicles, the analysis would be governed by the applicable Canadian laws.  In addition, unlike the Long Island bus crash, another vehicle was involved.  Thus, any legal analysis would have to include the relative liability of both the bus operator and the operator of the other vehicle involved in the crash.  For example, a Court may determine that one vehicle was more responsible for the accident than the other vehicle, which could have an impact upon how the damages will be awarded to the victims and their families.

Another aspect of bus accident litigation which is not generally known to the public involves the realities of insurance.  Insurance policies covering bus accidents may or may not be sufficient to adequately cover the damages sustained by all of the victims.  Often times, the victims will be forced to accept a percentage of their actual damages due to this inadequacy of coverage.  This common outcome is rarely reported in the media who choose to focus on large verdicts and results which are outliers in tort litigation.  However, those who practice in this area of law are often tasked with explaining to victims and their families that they will only be compensated a percentage of their damages due to the applicable insurance policies.