Who is Liable for a Homeless Man Killed by Subway Train in Brooklyn? 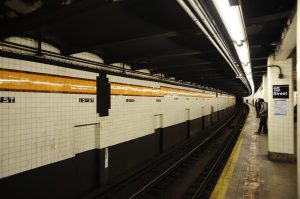 When tragedies occur, it is natural for people to try to assign blame wherever they can.  From a lawyer’s perspective, the issues are rarely as black and white as the general public would like them to be.  On Friday morning, a homeless man was found dead under a downtown R train in Brooklyn at the Court Street Station in Brooklyn Heights.  According to a report by the New York Daily News, the homeless man fell or was struck by the train while walking on the tracks at approximately 4:00am.

This accident, while undoubtedly tragic, requires a detailed legal analysis to determine who is to blame and if there would be reasonable chance of recovery if a lawsuit was brought.  Various areas of New York personal injury law, General Municipal Law, and Estates Powers and Trusts Laws are instantly implicated and need thorough analysis at the outset.

The attorneys at Queller, Fisher, Washor, Fuchs & Kool, LLP have over 50 years of experience in the litigation of personal injury cases.  It is this experience in handling these legal matters which gives insight into the appropriate legal analysis of the above-referenced accident and the applicable New York laws.  At first blush, the train accident described above involves a man being struck and killed by a subway train.  Before the analysis of the relevant culpable conduct of the potentially liable parties can begin, other steps must be taken.

One of the first issues that must be addressed is who will be the representative of this man’s Estate?  Does he have a wife?  Children?  Other relatives for whom he was providing support?  It was reported that he was homeless.  While that does not preclude a lawsuit, it does give an experienced attorney insight into the issues concerning his Estate and his Estate representative pursuant to the Estate Powers and Trusts Laws.  Under these laws, a representative of an Estate needs to be appointed in order to carry out certain duties and responsibilities as it concerns the Estate, which include retaining an attorney to prosecute a personal injury/wrongful death lawsuit.  For a homeless person, identifying someone who can serve as a representative of the Estate can be a big challenge.

The next issue that would factor into an attorney’s consideration of this matter deals with the potential damages recoverable under New York Personal Injury and Wrongful Death law.  The two main elements of damages an attorney would analyze in this case are the value of any conscious pain and suffering and the financial damage sustained to his Estate and any persons to whom he was providing financial support.  Conscious pain and suffering would involve, not only the pain associated with being struck and killed by a subway train, but also the fear of impending death.  These items of conscious pain and suffering can be established through the testimony of eyewitnesses to the accident as well as an expert forensic analysis.  Given the facts as reported, it would appear that these damages would be significantly limited to seconds of time, if any.  Thus, the conscious pain and suffering element of damages would likely have a limited value under New York law.  The measure of damages for a New York Wrongful Death case would also be similarly limited as they are measured by financial elements such as income, support, and services provided.   Practically speaking, it is unlikely that the estate of a homeless man would be able to establish these financial elements in a Wrongful Death claim.

Finally, the issue of liability must be analyzed.  Train accidents involving subways implicate the New York City Transit Authority and the application of the General Municipal Law.  In situation where someone has fallen onto the tracks, it is very difficult to establish either an unsafe subway platform or that the subway driver should have stopped prior to striking the victim.  These type of cases often end up being dismissed by the Courts.

Based on the complete legal analysis detailed above, without additional information, our office would likely decline representation in this matter.