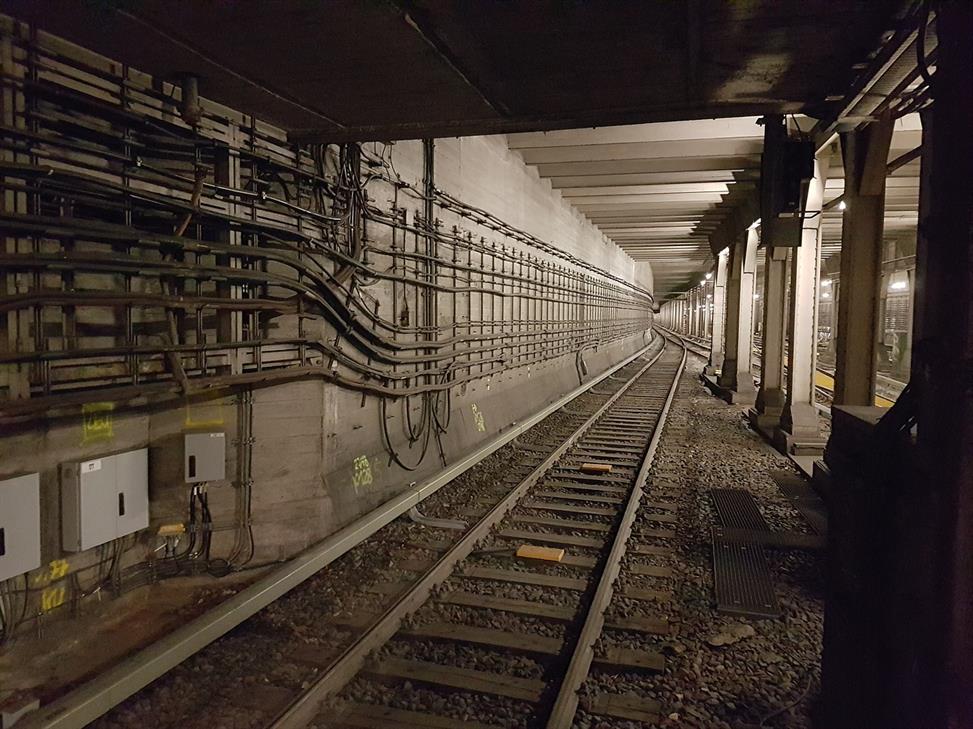 Two MTA workers were working on the tracks as flagman around 12:15am when they were struck by a southbound G train as it rounded a corner by East 3rd Street and Canton Avenue. According to CBS New York, the two were acting as flagman in preparation for construction by an outside contractor. Both of the men hit by the train were experienced MTA employees and, according to reports, were where they were supposed to be. Louis Gray, a 53 year-old man with 15 years of MTA experience was taken to Maimonides Hospital where he was pronounced dead. His co-worker, 49-year-old Jeffery Fleming, has worked for the MTA for 17 years. He is expected to survive despite his serious injuries. The cause of this accident remains under investigation and a team from the National Transportation Safety Board is on its way to New York City to investigate this tragic accident. It is unclear as to why the men were working on active subway tracks still being utilized by subway trains.

A primary concern in this matter is whether the workers and their families will be legally able to recover damages in a lawsuit or whether they will be barred by the New York Workers Compensation laws. If you are injured in an accident at work or contract an occupational disease, you should be eligible for workers’ compensation. If your employer does not have workers’ compensation insurance, it is required to be self-insured. Regardless, a work-related injury should be covered.

At Queller, Fisher, Washor, Fuchs & Kool, L.L.P., we represent injured workers and their families in third-party negligence and wrongful death claims. We can also discuss your workers’ compensation claim.

While individuals who have suffered injuries in a train accident may have grounds for a lawsuit, victims’ families may also be eligible for compensation if the accident was fatal. Victims’ families may be able to receive compensation for economic and non-economic damages by filing a wrongful death lawsuit. In a wrongful death lawsuit the victim’s family can receive economic damages for lost wages, medical bills, the economic value for the loss of parental guidance, the economic value for the loss of a spouse, and funeral costs caused by the injuries. Furthermore, families can receive non-economic damages for any pain and suffering the victim endured prior to death. At Queller, Fisher, Washor, Fuchs & Kool, our wrongful death attorneys understand the tremendous financial and emotional strain that families face following a fatal train accident. While we realize that we cannot erase the emotional pain caused by the loss of a loved one, we do our best to ease the financial burden that our clients face. As a result, we pursue maximum compensation for all of our clients.

Have you or a loved one suffered a serious injury in a train accident? If so, you may have grounds to file a negligence or wrongful death lawsuit against the railroad company or train’s manufacturer. For a free consultation with our train accident attorneys, call (212) 406-1700 or contact us online.

Fire in Brooklyn Rips Through Two Buildings and Results in Death of One Person, Injuries to Others
Five Construction Workers Fall Off Bridge Into Kingsbury Canal Resulting in One Drowning Death and Four Injuries