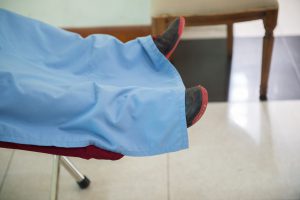 As a firm with decades of experience handling medical malpractice cases, the law firm of Queller, Fisher, Washor, Fuchs & Kool, LLP has represented victims injured due to various types of medical malpractice.  Unfortunately,  a medical error involving the incorrect administration of medicine is a scenario that arises more frequently than most would believe.  These situations do not typically garner headlines such as the recent report wherein a Russian woman was mistakenly injected with formaldehyde instead of saline according to a published news article.  Formalin contains formaldehyde which is used to preserve or “embalm” dead bodies.

The woman was apparently undergoing a procedure for the removal of ovarian cysts.  During the procedure, she as injected with formalin, which contains formaldehyde, instead of saline because the staff at the hospital failed to read the name on the vial.  By the time the mistake was realized, it was too late and the woman died as a result of the poison being introduced into her system.  Those responsible for this tragedy have apparently been terminated or otherwise held accountable.  In all likelihood, various members of the hospital staff, and the hospital itself, would be liable for medical malpractice and the wrongful death of this woman.

The reported situation is unique in that it is a clear case of medical malpractice and would likely fall under the category of hospital negligence.  Medical malpractice involves a breach of the duty of reasonable care by a medical professional or medical facility which results in injury or death to a patient.  If this happened in New York, the expert opinion of a doctor would be required prior to the institution of a lawsuit, despite the obvious nature of the medical malpractice to the general public. New York, and many states, require this expert review in order to prevent the filing of frivolous medical malpractice lawsuits.

Certainly, a failure of medical personnel to read a label on a medicine and negligently administer that medicine to a patient would be a clear departure from good and accepted medical practice.  The victim, or the victim’s estate in a death case, would be entitled to full and fair compensation from those negligent parties who breached their duty.  Specifically, if this situation were to have occurred in New York, the family and/or estate of the Russian woman who died would be entitled to recover monetary damages from all parties responsible for the negligent injection of the formalin instead of saline, which resulted in this poor woman’s death.

However, the mere happening of this incident would not end the inquiry for a medical malpractice law firm seeking justice for their client and holding all possible parties legally accountable.   A further legal analysis would be necessary to determine why this toxic chemical was even in the operating area and not safely locked away.  An investigation must be conducted to determine why a bottle of this toxic substance looked like a bottle of harmless saline which is routinely used in operating rooms and medical facilities.  An experienced attorney handling this matter will immediately demand that the bottle of formalin used be preserved as evidence and will further request an examination of the bottle to see what warnings were present.  It may be necessary to retain experts on labeling to ascertain whether the warnings on the bottle were sufficient to advise a use of the dangers.  In the instant situation, a top law firm will explore every conceivable avenue of recovery to insure that all responsible parties are held accountable for their negligent actions.

Who is Liable to Passengers Injured or Killed in a Bus Crash?
Who is Liable for a Homeless Man Killed by Subway Train in Brooklyn?