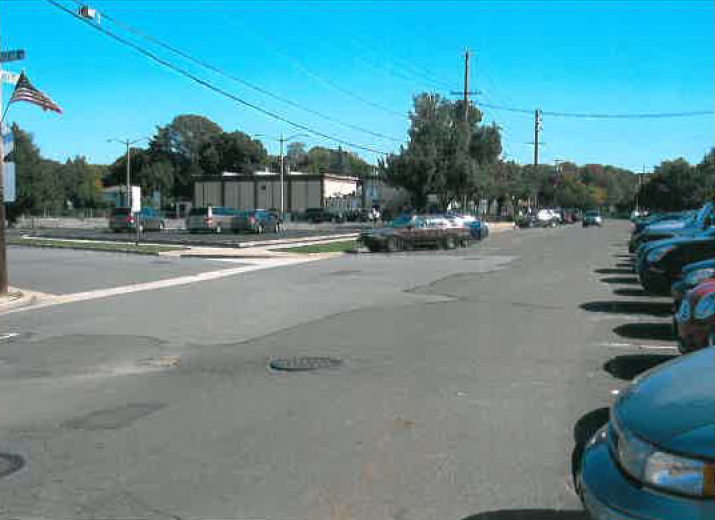 The partners of Queller, Fisher, Washor, Fuchs & Kool, LLP congratulate our partner, Dallin M. Fuchs, on his recent settlement of this pedestrian knockdown case in Brooklyn, New York. The accident at issue occurred on Veterans Boulevard in Massapequa near the intersection of Ocean Avenue when the infant-plaintiff was struck by a Volkswagon sedan driven by an 18-year old woman and owned by her mother. The infant-plaintiff, a Brooklyn resident, was 14-years old at the time of the accident. He sustained a fracture of both his tibia and fibula of his left leg requiring an Open Reduction Internal Fixation(ORIF) surgery with hardware.

The liability in this case was strongly contested as the defendant driver claimed that the infant-plaintiff “darted out” between two parked cars and that the accident was completely his fault. This case went to trial on 2 separate occasions. The first trial resulted in a mis-trial due to jurors being lost in the middle of the trial. At the second trial, shortly after jury selection, Mr. Fuchs was able to demonstrate to the defense, through prior sworn trial and deposition testimony, that the driver failed to observe the infant-plaintiff and could have avoided the accident had she been paying proper attention. Immediately prior to opening statements in the second trial, the matter was resolved for $450,000.

The excellent results in this matter serves to underscore the difficulties often encountered in car accident cases involving pedestrians ans the need for counsel experienced in handling these matters. The issue of whether the driver of a car in a pedestrian accident was negligent rests on many different factors. An individual may have been standing, walking, jogging, or running when injured, but neither of these factors alone will ever be enough to prove a driver acted negligently and is liable for resulting injuries. A person may have been within a crosswalk or outside of it at the time of the accident, but these facts standing alone will not determine whether and to what extent the driver was negligent. Rather, the issue of negligence requires a careful investigation, analysis, and presentation of all of the relevant contributing factors to an accident. When all of the factors that relate to an accident are considered together, one realizes that almost no two accidents are identical. The skilled attorney must discover, expose, and be ready to present the combined facts to a jury in a manner that is likely to convince a jury, based on a preponderance of the evidence, that it is more likely than not that the operator of the vehicle failed to use reasonable care under the particular circumstances of the accident. Absent the experience and expertise to do this, one cannot expect to garner a favorable settlement or verdict on behalf of a victimized pedestrian.

To discuss such issues in real terms, we can use the example of a child or other pedestrian who crosses the street, outside of any crosswalk, and outside the presence of traffic control devices for either the driver or the pedestrian. The driver might claim that the pedestrian was responsible for his own accident because he crossed in the middle of the street. One might concede that the fact that the pedestrian didn’t cross the street at a designated area was not ideal. However, does this really discharge the vehicle operator from negligence? After all, a pedestrian crossing the street outside of a designated area is a foreseeable event that occurs thousands of times per day in New York City, on a regular and ongoing basis. The operator of a potentially deadly motor vehicle still has the duty, in the exercise of reasonable care, to be attentive and alert for such pedestrians. The operator has a duty to see what is there to be seen, and not to drive at an excessive speed, all of which could contribute to an accident involving a pedestrian. Also, once observing a pedestrian in a roadway, the driver still has the obligation to yield.

Often the driver will claim he was operating the vehicle slowly, and carefully, and exercised reasonable care, yet was still unable to avoid the accident. Certainly if this is true then the driver should not be found negligent. On the other hand, it is fair to test the claims of the driver. For example we have handled multiple cases where the driver claims that a child or pedestrian ran out between two parked cars. This claim borders on a cliché defense that is repeated by defense attorneys because the claim has such appeal to a jury. However, when one crosses a city street, there is almost always a parked car somewhere to the pedestrian’s right and somewhere to their left, even if neither car is close. Thus, the claim of emerging onto the roadway “between parked cars” has little meaning until there is an examination of where the parked vehicles purportedly were in relation to the pedestrian when they started to cross the street. Were the vehicles really so close to the pedestrian that they would have obscured the vision of a prudent driver? Even if the pedestrian emerged between two closely parked vehicles, how far was he or she into the roadway when he or she was struck? Are we really going to exculpate a potentially speeding and inattentive driver from any responsibility for striking a pedestrian under these circumstances? Perhaps the person who walked out onto a roadway passed through one or even two full lanes of traffic, was in open view, and was visible for an extended period of time prior to being struck so that any driver, in the exercise of reasonable care, would have avoided the accident?

Obviously, the details must be fully investigated and discovered prior to a determination or argument is made whether a driver was negligent for striking a pedestrian outside of the crosswalk. Liability in these types of cases is not necessarily determined by something as simple as whether the injured individual was in a crosswalk or obeyed general traffic signs. Upon further examination, a driver may be fully or partially responsible for an accident that on first glance appeared to be the fault of a pedestrian. On the other hand, in fairness, an accident that first appears to be the fault of the driver may ultimately be shown to be partly or substantially the fault of the injured party. There are no “automatics” when litigating a personal injury case involving a pedestrian.

Deadly Cross-over Accident in Bronx Kills one, Injures 4 Others
New York City Pedestrian Traffic Deaths Are Up, But Traffic Deaths Overall Are Down in 2016