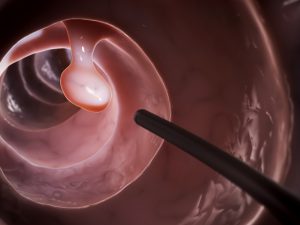 Most people approaching the age of 50 knows that their doctor will recommend a colonoscopy to screen for colon cancer.  The risk of developing colon cancer increases as you get older. Traditionally, the screening test involves a colonoscopy which requires a bowel prep the day before and a procedure under anesthesia in a hospital or colonoscopy clinic.  In an article published on May 30, 2018, The American Cancer Society has now recommended that the screening should take place when a person turns 45 and it does not have to involve a colonoscopy initially.  Tests such as home stool tests can be prescribe and could be used as potential screening tests in lieu of a colonoscopy at age 45.  It must also be noted that certain populations, such as African-Americans, are at increased risk of developing colon cancer and various medical groups have recommended colorectal cancer screenings for African-Americans be the standard of care at age 45.

The next question will be whether insurance companies will allow their customers and network doctors to perform these tests at age 45.  The reality is that colon cancer is the 4th most commonly diagnosed cancer among adults over the age of 55, but it is the second leading cause of cancer death.  Medical reports have shown that early detection and removal of colorectal polyps and lesions decreases the incidence of cancer and mortality.  Simply stated, colon cancer is a cancer that often can be effectively treated with early detection and intervention.  From an insurance company perspective, the cost of an early screening test could potentially save the costs of a delayed diagnosis resulting in cancer metastasis and extensive medical treatment.

From a legal perspective, a medical malpractice attorney will be interested in determining whether the recommendation of the American Cancer Society becomes the standard of care, particularly in New York.  The medical malpractice attorneys at Queller, Fisher, Washor, Fuchs & Kool, LLP have over 50 years of experience handling cases arising out of a failure to timely and properly diagnose cancer.  We have also handled numerous cases involving colon cancers and colonoscopies.

An attorney handling a medical malpractice case involving a failure to timely diagnose and treat cancer will conduct a legal analysis and consult with experts to determine what the standard of care was at the time of the alleged malpractice.  In other words, a doctor cannot be faulted for not following recommendations that were not in effect in the medical community at the time he/she saw the patient.  Medical standards are often fluid and continuously evolving.  Doctors are charged with the duty to keep abreast of current medical standards in their community and implement those standards in their practice.  A failure to do so which results in injury or death to a patient could be the basis for a medical malpractice claim.

In colorectal cancer screening cases, a practicing physician will be guided by the current recommendations of the various medical societies and organizations, in addition to what will be approved by the insurance companies.  When a test or recommendation from a physician is medically justified, and becomes the standard of care in the community, insurance companies will generally approve.  It will be interesting to follow to see if the recent recommendation by the American Cancer Society becomes the standard of care in New York.  In the interest of patient safety, it should be.

Who is Liable for a Homeless Man Killed by Subway Train in Brooklyn?
Fatal Boat Accidents Are Often Avoidable Tragedies